Jess Search is a co-founder and CEO of the BRITDOC Foundation. She is also currently a trustee of the leading centre-left think tank in the UK, IPPR. 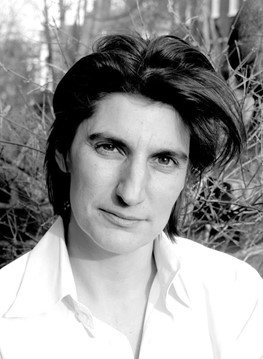 Previously Jess was a Channel 4 commissioning editor. She has an MBA from Cass Business School and is a regular moderator at The Skoll World Forum, IDFA and the Thompson Reuters TrustWomen conference.

BRITDOC is based in London and New York and harnesses the power of film for social change. In partnership with the Bertha Foundation, it gives partnership support to documentaries such as the Academy nominated Virunga, The Square, The Look of Silence and the Academy winner CITIZENFOUR.

In partnership with the Ford Foundation and The Sundance Institute, BRITDOC created and runs The Good Pitch which partners films with NGOs, foundations, policy makers and brands in New York and around Europe and, in partnership with regional hosts and local filmmakers, in India, China, Argentina, Australia, Kenya and next Indonesia.

Jess visited her first MSI clinic in 1988 in Nicaragua when her mother was working for MSI. She has remained a committed supporter of MSI's mission ever since.

Chair of the Board of Trustees

Our vision for the future is bold.

By 2030 no abortion will be unsafe and everyone who wants access to contraception will have it.

invest in choice for women Donate