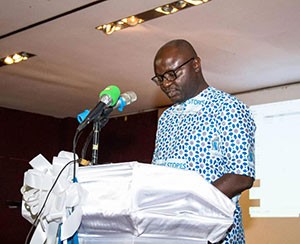 Martin Migombano has worked in the humanitarian and non-profit sectors since 2005. He joined MSI Reproductive Choices because he believes in the organisation’s grassroots approach to addressing the gaps in sexual and reproductive healthcare.

Over the course of his career, he has worked in project management, medical and public health roles within country and regional offices for international non-governmental organisations. The skills that he has developed over the years, such as being organised and results-oriented, have seen both Martin and his team thrive whilst working in highly restrictive environments. He reacts quickly to issues as they emerge and is proactive in his approach to mitigating risks at country level.